Poverello House is Looking for Volunteers!

We are currently looking for volunteers to fill various duties with our organization. From grocery shopping, to creating newsletters, to serving meals, we have many ways to get involved and help the homeless men in the Tucson community.

Arizona taxpayers can claim a tax credit of $400 for an individual or $800 for a couple on their 2022 state taxes for donations made before April 15, 2023. Donate and receive a dollar-for-dollar tax credit on your Arizona state tax return. Learn more about AZ Tax Credits.  (QCO Code: 20503) 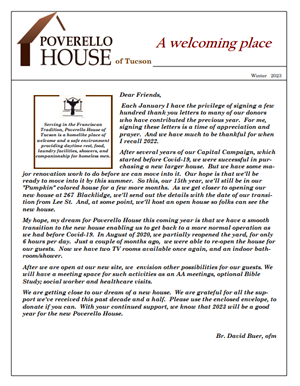 Poverello House of Tucson is a homelike place of welcome and a safe environment providing daytime rest, food, laundry facilities, showers, and companionship for homeless men.

Our Services
Our History
Get Involved
Donate

If you are looking for a safe place to spend the day, call us at 520.624.0589 to reserve a space. Guests have access to showers, laundry and a full breakfast. Due to limited space, we can only serve 12 guests per day and guests are assigned their day in advance. Note: Poverello House of Tucson does not offer overnight services.

​We want our guests to feel safe and welcome. Guests are encouraged to kick up their feet, relax, or visit with friends while at the Poverello House.

As soon as guests enter the door, they are greeted with a delicious, home-cooked breakfast. Seconds are usually available.

Washing machines and shower facilities are available throughout the day so guests can shower and leave with clean clothes.

Get Involved
Donate
Our History

Note: Poverello House of Tucson does not offer overnight services.
In need of overnight shelter? View Homeless Shelters and Services in Tucson. 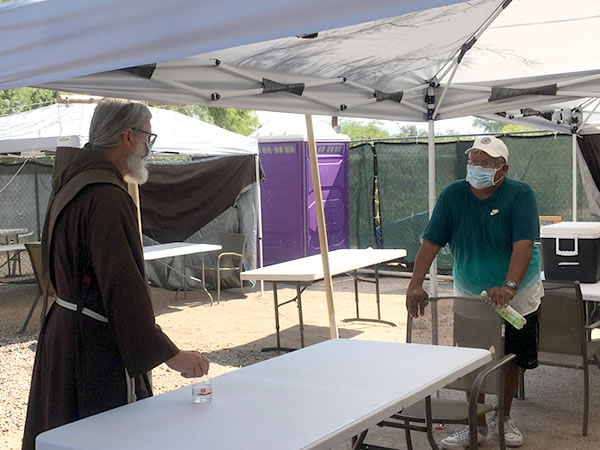 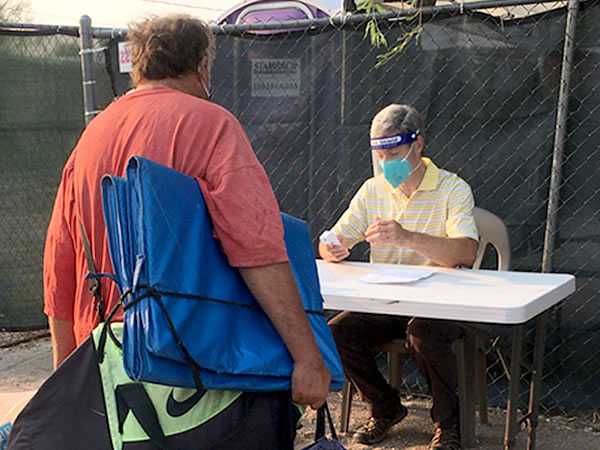 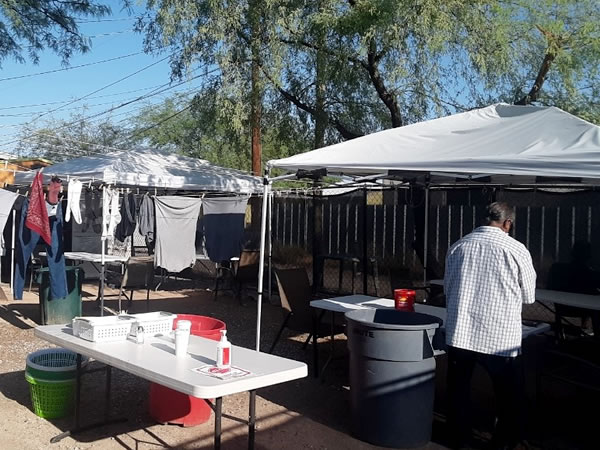 Currently, our guests at Poverello House are being welcomed to relax in the yard. It’s open Wednesday through Sunday from 8:00 am to 2:00 pm. We have an outdoor shower and two washing machines available.  We have created shady spaces for relief from Tucson’s summer sun.  We continue to look forward to the time when we will be able to invite guests inside to watch TV and chill out.

Our Impact Each Month

Eight hundred years ago in the Umbrian Valley north of Rome, wandered Francis Bernadone and a small group of rag tag brothers of penance. At first, the local population looked with scorn at these young men from Assisi, who gave up wealth and prestigious future careers to follow Francis. Over time, the brothers won over the hearts of many as they tended to the needs of the lepers and led lives of solidarity with the poor with humility and joy. When villagers saw Francis and his brothers walking toward them, they would say: “Here comes ‘Il Pov-erello’ (the little poor man.)” Over the centuries “Poverello” has been a name used in ministries with the poor in the Franciscan tradition.

On October 29, 2008, Poverello House of Tucson opened its doors and invited homeless men to come in off the street for a day to sit down, decompress, get cleaned up and have healthy meals in a homelike environment. Poverello House of Tuson was founded by Br. David Buer, ofm, a Franciscan Brother who for many years ministered to the homeless and those living in poverty. Br. David was first introduced to the concept of a Poverello House in The Tenderloin of San Francisco, California in the early 90’s. Having establishing two Poverello Houses in Nevada, it was not surprising that that when in 2005, he was assigned to Tucson, Br. David envisioned a Poverello House here. 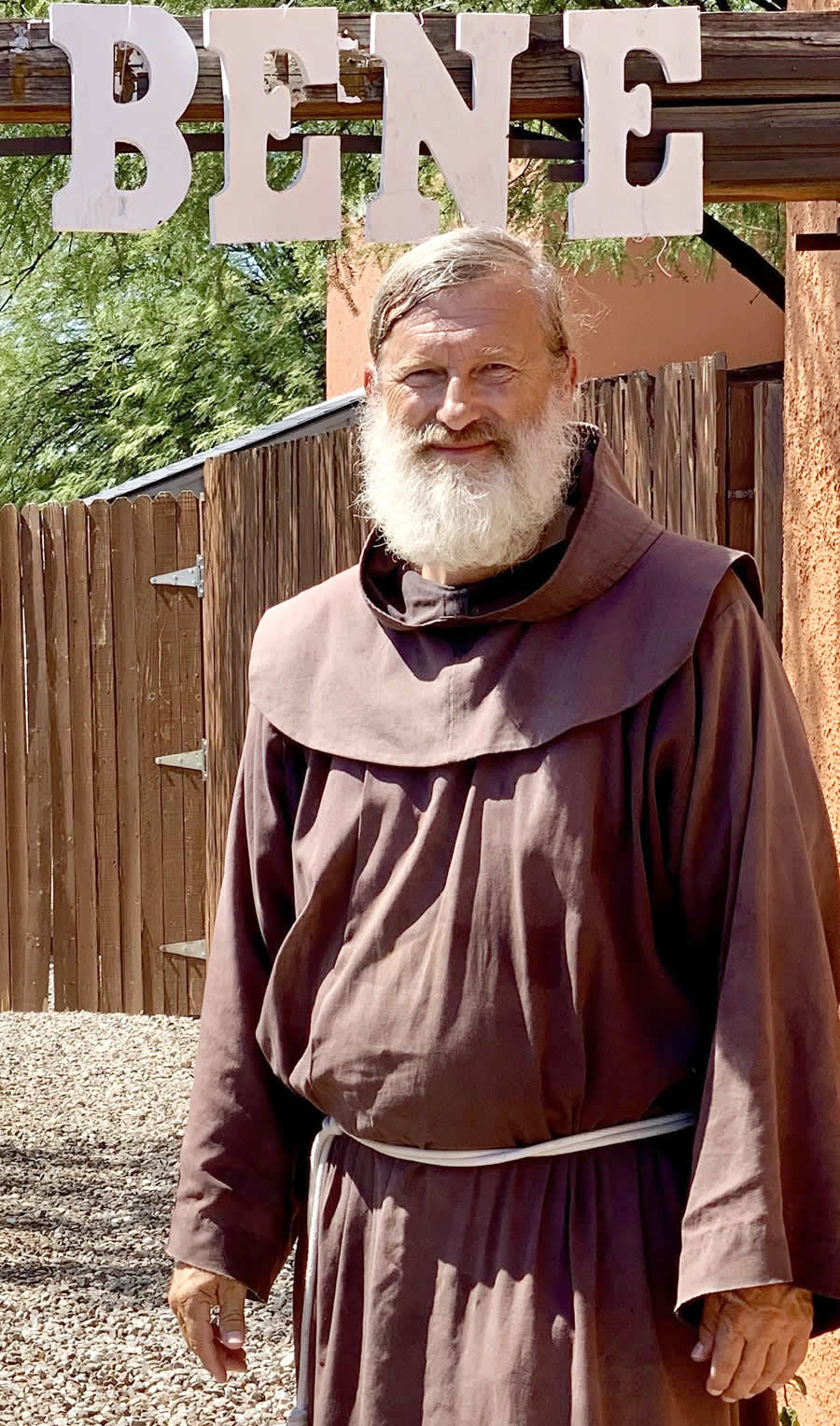 Receive our newsletter and stay
up to date on what is happening
at Poverello House of Tucson.

Clothing donations: Call 520.624.0589 to schedule a donation drop-off. Thank you for your generosity!